The Hakim Group scooped two awards at the EY Entrepreneur of the Year 2019 awards, including the main overall prize for CEO Imran Hakim.

Scale Up Entrepreneur 2019 was also awarded to Imran at the ceremony, which took place at the Imperial War Museum North.

This accolade is further proof that our award-winning culture is at the heart of our success, following being named the Sunday Times’ Best Company to Work For in 2018.

The EY awards celebrate successful entrepreneurs who make a positive impact on their society and the economy in the North, London & South, the Midlands and Scotland. 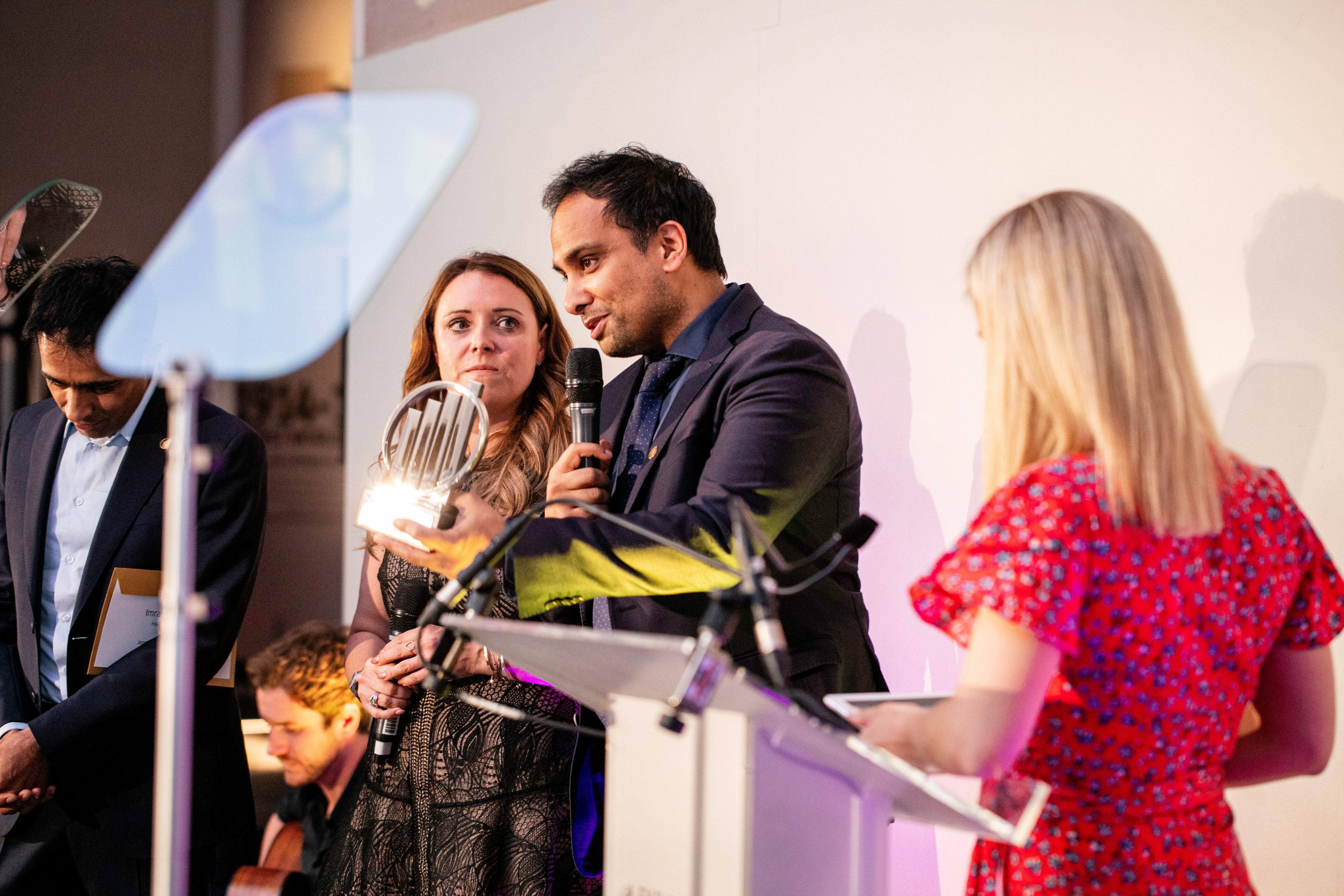 Speaking about his pride at the two awards, Imran said: “These awards may have my name on them, but they are testament to the tireless work put in by our independent practice owners and practice teams, as well as the support team at HakimHQ.

“I was sat alongside some of the biggest and most respected businesses in the country, so for us to be named the overall winner ahead of them is something I’m immensely proud of.

“It’s our people who have allowed this success to be possible so I couldn’t be happier that their commitment has been recognised in this manner.”

Victoria Price, partner and EY Entrepreneur of The Year leader in the North, said: “Imran is a very worthy winner – he has built a support team that has been with the business since the start and coupled with his visionary leadership it is not difficult to see why his business has thrived with a proven track record of generating growth post acquisition.”